Our last full day in Antalya was spent at the nearby archaeological site of Termessos. 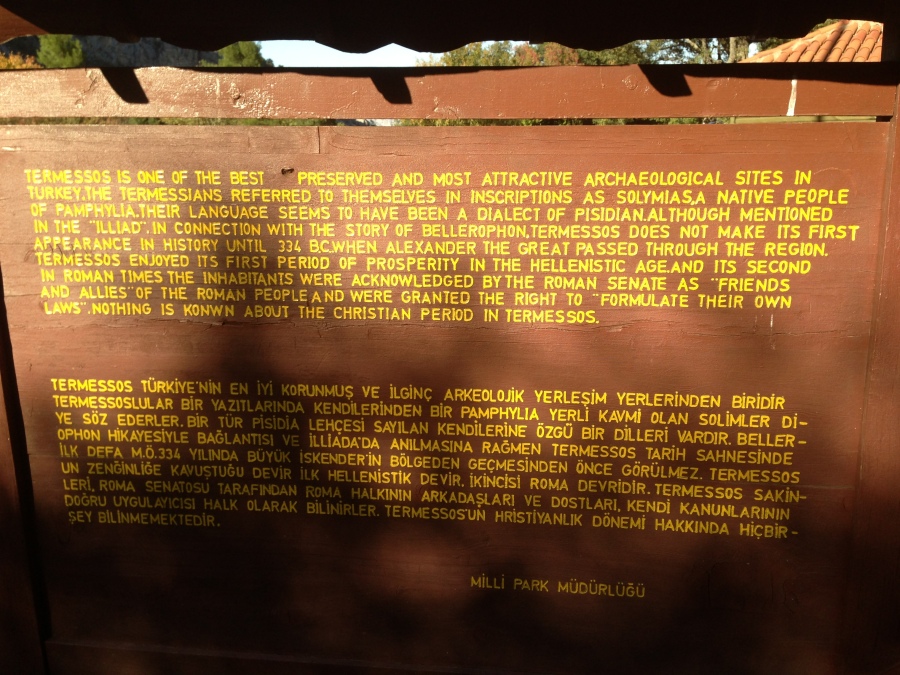 Here’s that text transcribed, unless the image isn’t clear [sic]:

Termessos is one of the best preserved and most attractive archaeological sites in Turkey. Termessians referred to themselves in inscriptions as Solymiasa, native people of Pamphylia. Their language seems to have been a dialect of Pisidian. Although mentioned in “The Illiad” in connection with the story of Bellerophon, Termessos does not make its first appearance in history until 334 B.C. when Alexander the Great passed through the region. Termessos enjoyed its first period of prosperity during the Hellenistic Age, and its second in Roman times. The inhabitants were acknowledged by the Roman Senate as “friends and allies” of the Roman people and were granted the right to “formulate their own laws.” Nothing is known about the Christian period in Termessos. 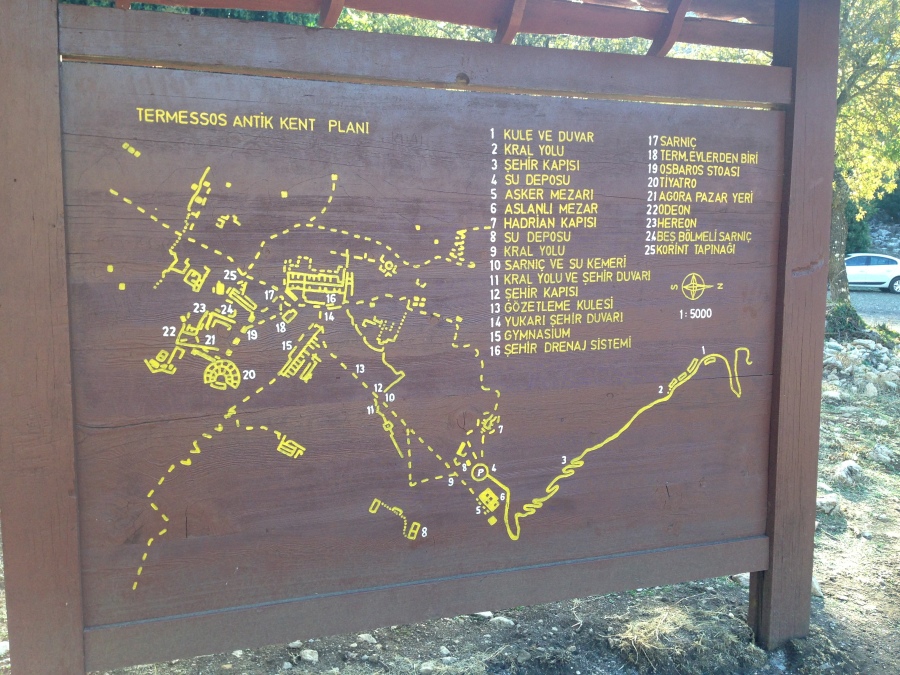 My friend Wikipedia grants more info about the site, its layout and history, etc:

built at an altitude of more than 1000 meters at the south-west side of the mountain Solymos (modern day Güllük Dağı) in the Taurus Mountains (modern day Antalya province, Turkey). It lies 30 kilometres to the north-west ofAntalya. It was founded on a natural platform on top of Güllük Dağı, soaring to a height of 1,665 metres from among the surrounding travertine mountains of Antalya, which average only 200 metres above sea level.

In short, I can tell you that Termessos is an astoundingly beautiful place whose consideration on the “tentative list” for UNESCO World Heritage sites is well deserved.

The travel there was easy: a quick ride on a city bus to the bus station, a 10 minute wait and then a 1/2 hour bus ride which dropped us on the side of the road at the base of the mountain, where cab drivers sit waiting to overcharge tourists to drive them up to the entrance of the site, which is also a National Park. Exploration of the site is not for the faint of heart, nor ankle: you basically have free reign to hike over narrow wooded and stony pathways, from remains to remains. As I’ve found to be the case for many archaeological sites in Turkey, there isn’t much in the way of surveillance or monitoring of tourists… if you want your picture from that other angle, simply climb over/across/through those ancient stones to get it!

And man were those pictures worth taking! 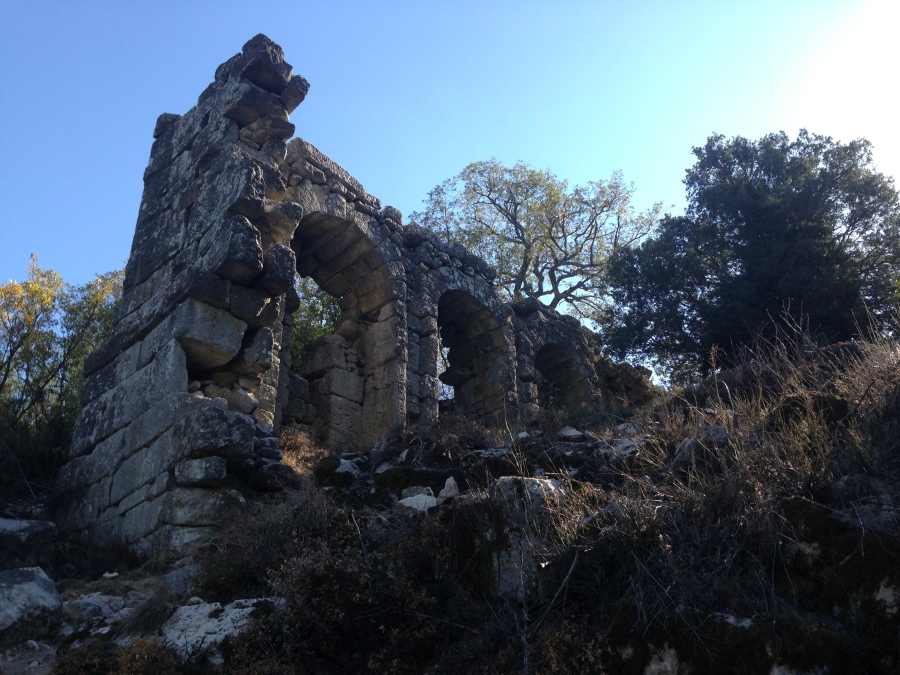 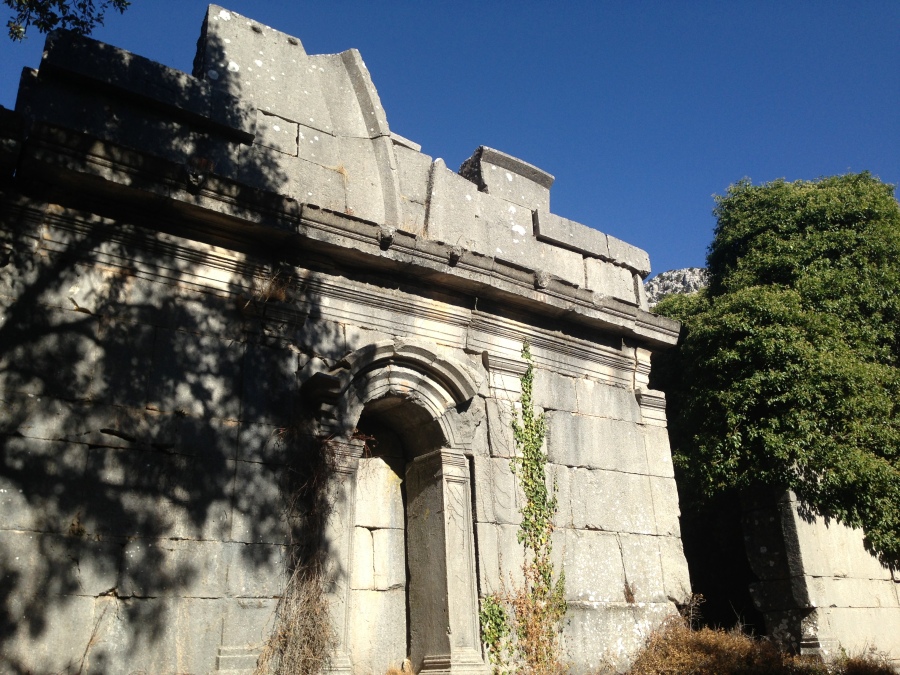 By far, my favorite part of the site was the theatre, located at the highest point of the site. Here’s an excerpt of what I posted on Facebook that day about that part of the visit:

Starting as a little kid in Alexandria, I’ve made it a tradition to sing a song whenever I visit an ancient amphitheater, and I continued that practice today. My friends and I hummed Fire and Rain while we walked, by coincidence (no such thing), and then looking out over this epic view, I dedicated a contralto rendition of Amazing Grace to Pochter.

“I always thought that I’d see you again,” “but now I see…. And Grace my fears relieved.” Wa allahu ‘alim. 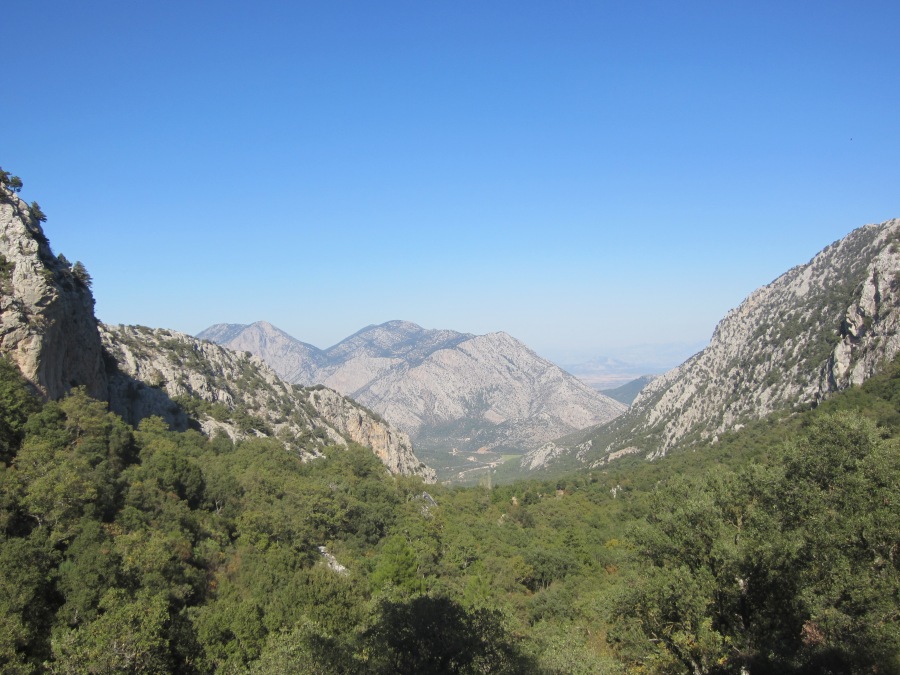 Here are some more shots from around the site: 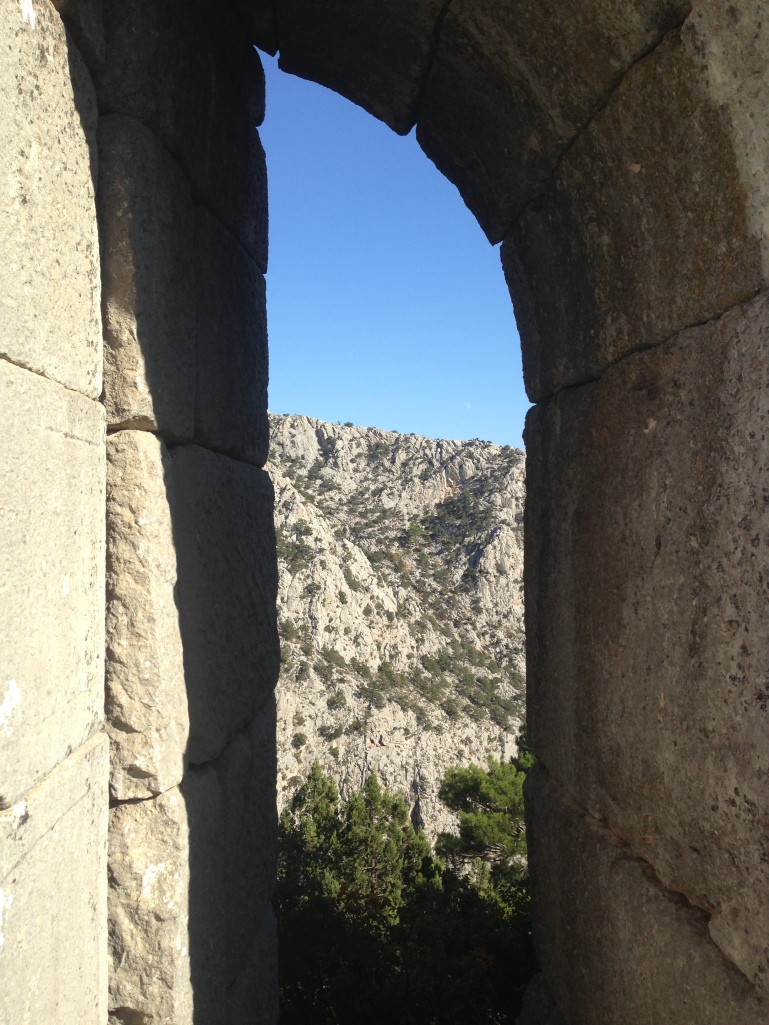 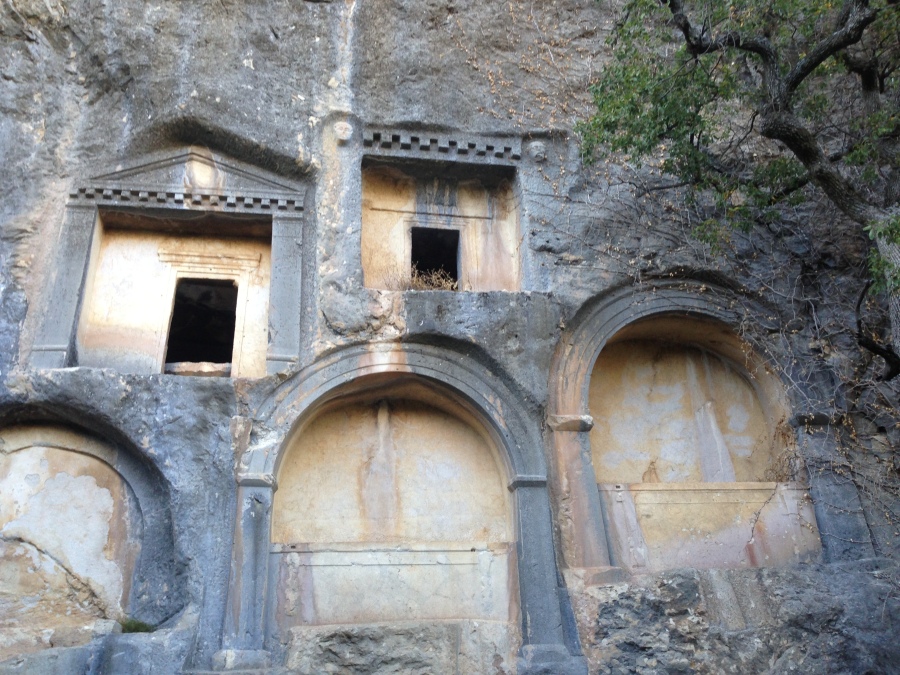 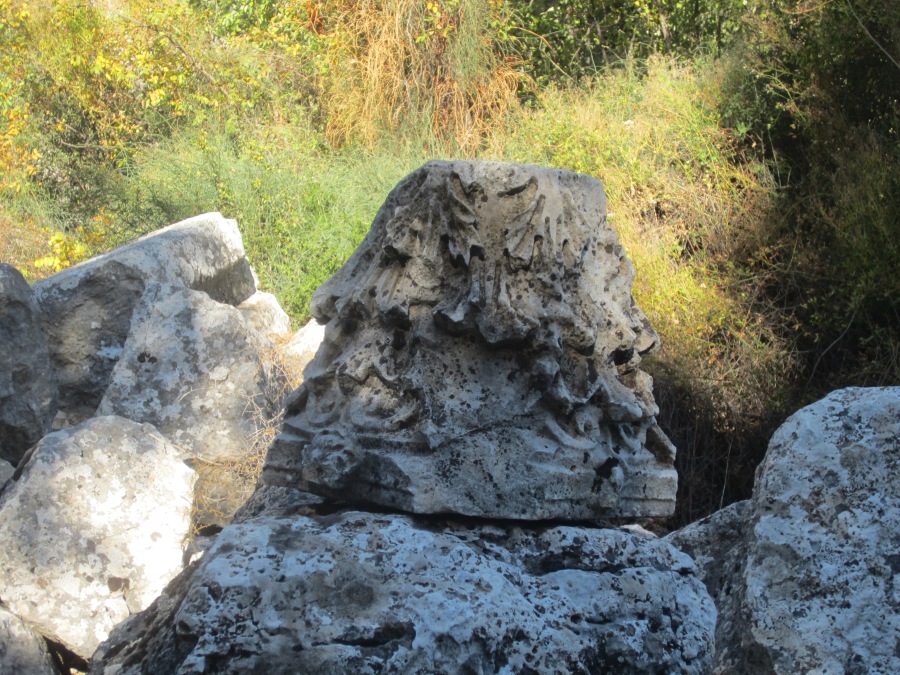 The same cabbie who drove us up the mountain drove us back down and into Antalya, after some interesting haggling. Awesome.